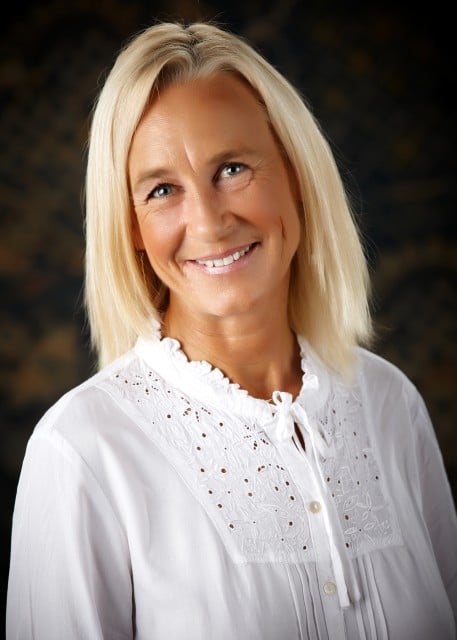 IN MY SOUL, I HAVE ALWAYS BEEN AN ARTIST...

By trade, I was a therapist for seventeen years, and moonlighted as a firefighter and EMT for the last seven of those. Then I retired, to raise three boys, build a house nearly single-handedly, and run a successful kennel. Consecutive back surgeries finally stripped me from my ranch on the ridge, high on the Wyoming plains.

In 2004, my boys and I moved to Scottsbluff, Nebraska, where I began management of an apartment complex. And it was there, amidst the red bluffs of the panhandle, that I discovered the world of mosaics.

Though I had done leatherwork and paintings, large scale tile design and architectural work, nothing prepared me for the challenge, intensity and skill involved in doing mosaics. But I was drawn to the medium, and felt born to it immediately.

A northern Minnesotan by birth, I traveled extensively as a child. The high country captured my spirit in my early twenties, and I have lived west of the Mississippi River for most of my adult life. I am 55, but feel ageless. My past draws from me visions of the lakes of Minnesota, the Pacific coast, and the mountains and sage plains of Wyoming. Coupled with years working with people, I find my pieces emerging with much vibrant color and personal passion, reminiscent of my life experiences.

After only five months of starting to create mosaics, I was offered a one woman show at the Nebraska Arts Center in Scottsbluff. The show ran during February, 2005. I have since done another show at the Nebraska Arts Center during November 2008 consisting of eighty pieces. I now do commissions as well as individual pieces which show in galleries around the country. My third solo exhibit opens in January 2014 with 130 pieces. Additionally my work is on display at Trimble Court Artisans, Fort Collins, Colorado. I currently reside with my husband in Loveland, Colorado.

My work is both two and three-dimensional. I am an explorer by nature, and use a wide variety of material in my work. I am enamored by the mosaic process--taking worthless bits and pieces, and making them whole. I hope you will enjoy my work as much as I enjoy creating it, and I look forward to being able to share it with others.